Introducing... 'By Land' with debut single 'Half of Us'

We try to feature a wide array of styles and genres, and will always give time and space to 'indie' releases which may seem a little different on first listen, and Swedish producer and songwriter Björn Lindberg through his new project By Land has released a track entitled 'Half of Us' which I promise will grow on you if you give it some time. 'By Land' might fail the Nordic Music Review 'googlability test' for new bands / projects (Google just wanted me to buy land in Sweden
Andy Wors

We wrote about Indie Pop festival Indiefjord last week whilst covering 'The Little Hands of Asphalt', and another band that would be a pretty good fit for the charming Norwegian festival would be Swedish band 'Emerald Park'. And similarly to 'The Little Hands...', they're a band we've never featured before, mainly because they've taken a break for the last 4 years, before returning with an EP entitled 'Basement Sessions' - 5 tracks of melodic guitar pop melancholy, which wil

We still have so much new stuff to cover from last Friday, because after the new year 'lull' we seem to be hitting peak release season, and this includes Swedish chamber pop musician Adam Evald, whom we wrote about last year, and who has now released his album 'White Night Blackout', and alongside it a single entitled 'The White Ocean'. The whole album is definitely worth listening to, because there's a lovely elegance about Evald's songwriting and arrangements. Previously I

'The Little Hands of Asphalt' (feat. Elizabeth Morris) - 'No Reception'

As regular readers will know, we've adopted Indiefjord as our favourite Nordic festival because whilst the practicalities of actually getting there have so far been too much for us, it's still an aspiration to make it to the beautiful location one day - and we kind of contributed last year courtesy of 'The Wit' performing after the lovely Indiefjord organisers first read about them in Nordic Music Review. Sjur Lyseid from 'The Little Hands of Asphalt' was inspired in a slight

We've covered a fair few new names and bands in the last week, so we'll return to an 'old favourite' for another new release which was out just yesterday, and it's a very welcome return from none other than Jacques Labouchere, who we last wrote about in October 2017 when he released a lovely album entitled 'Piece' (a follow up to a self titled album and 'BI-polar Baby Strollers'), and shortly before he embarked on a mammoth European tour which took him everywhere but the UK.

We introduced 'Lilla Parasit' back in December when they released the track ;'Feather Soul', which had already been premiered by our friends at 'For the Rabbits', and ahead of a mini-album which is due for release in March they've now released an additional track, entitled 'Eirik', which I must admit has slightly blown me away - mainly because I wasn't quite expecting the intensity of sound they've managed to produce. So, for those of you who missed the original feature, 'Lil

We belatedly featured 'Beverly Kills' for the 1st time earlier last year when they released their excellent track 'Revellers' and the Swedish band have continued to build an impressive reputation, playing showcase festivals, sold out venues and being recognised in media internationally. Yet up until now they've still only released 5 singles, with the 6th being their new song 'I Dreamt in Commercials', which will form part of a debut EP release due in April on 'Welfare Sounds

We have a belated Album review ready to release later, but we'll start the week with a welcome return for a Norwegian band who've been away for a while. 7 piece 'Ludvig Moon' first appeared back in 2013, and made a pretty hefty impression on the Scandinavian music scene with a couple of EPs and the release of an album entitled 'Kin' in 2016 - I think I 1st read about them in the excellent DervSwerve features on the Nordic music scene (lovely writer and lovely person) Sadly t

There's just time today for a mention of a track by one of our favourite 'Indie' musicians, 'Ari' from Iceland, whom we've featured a couple of times previously, most recently when he released his album 'Radikoj', the follow up to the equally enjoyable 'Frae'. In his most recent release, he's teamed up with fellow Icelandic musician 'Toggi' in a single entitled 'Anthem', which was written by 'Ari and sung by 'Toggi. And its a lovely track, with Toggi sounding a tiny bit 'John

So this week we hope to have a bumper week of features, with releases from 'Big Fox', 'Orochen', Siv Jakobsen, 'Dolorifics', and brief album reviews from 'Folke Nikanor' and Martin Månsson Sjöstrand Trio - I'm sure there's a few I've forgotten. But we'll start Monday with an upbeat track from Swedish band 'Maple & Rye', who manage to fuse together a high energy melodic style with darker and more thoughtful lyrics in their track 'Con of the Century' - the 1st release from thei

We finally wrote about Swedish band 'Steve Buscemi's Dreamy Eyes' in December after they released their track 'Moon' - they were a name that had been on our radar for a while, but we'd simply not got around to writing about them. Now they're back with a new single, just a few weeks ahead of their debut album 'Sweetie;' as well as some UK tour dates that we mentioned last time. They're a 4 piece band, who were formed in 2015, and who have some impressive live dates behind t

I’m still hoping we’ll squeeze in some of the ‘missing’ albums we’ve just not had time to mention so far this year before we take a break on about the 21st December. However the list of artists we’ve never had chance to feature at all in the last 5 years is even bigger, and one of those is Swedish Chamber Pop composer Adam Evald. I know not all artists like being labelled as ‘Chamber Pop’, but for me it’s always a rich source of good, well written music - after all, what’s no

We’ve seen the name ‘Steve Buscemi’s Dreamy Eyes’ crop up countless times since they arrived on the Swedish indie scene, and it’s not exactly a name that even we can forget, so we’re delighted to be able to finally introduce them after the release of a new(ish) single, and ahead of their debut album due early next year. I say ‘newish’ because ‘Moon’ was released last month, and another impressive song from a band who’ve made a pretty big impact since they formed in 2015. The

Of course no-one should be so foolish to rely on Nordic Music Review for their daily / weekly dose of New Music, and one of the music websites we most frequently recommend is the ever excellent 'For The Rabbits'. Regular readers of that 'blog' will hopefully have spotted the 'Lilla Parasit' premiere they had a week or so ago, but if you didn't it's called 'Feather Soul', and it's the 2nd release from a band, which debuted in October with their track 'Gaslights'. 'Lilla Parasi

In Short: ‘Agacy’ - ‘The Space Between our Lips’

We have a good selection of albums to introduce (including ‘Tuvaband’, ‘Warning Warning’ and more), so we’ll try and keep things short and simple to get through as many as possible. We’ll start with Swedish artist ‘Agacy’ who has released his debut album ‘The Space Between our Lips’ day on ‘Yellow Step Records’, the same label that we introduced when writing about ‘Björn Falk’ on Friday. Behind ‘Agacy’ is the Swedish songwriter Adam Agace, who is also the bass player and co-s

So i think it's only right that we get to write about our official new 'favourite' band given it's our 5th birthday, and 'Treemer' from Finland have really captured our hearts with a gorgeous release that blends 80/90s shoegaze and even gothic influences with a more modern indie and even post rock soundscape. Their debut EP 'Meeting' was released just over a week ago to a small fanfare, and we're delighted to do our bit to bring them to the attention of our lovely internation 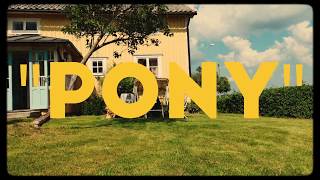 After the erm… murky tones of 'Murky Munroe' a very quick introduction to a Swedish songwriter, with a different approach to his songwriting. 'Björn Falk' is a 'Malmö' based musician, and his debut track 'Pony' is a lovely fusion between 60's influences and more recent guitar indie pop. The track is the 1st from an EP release which is due on December 6th, and which is rather fittingly entitled 'Rock'n'Roll for Hopeless Romantics' - the music definitely has that nostalgic fee

We're really looking forward to Friday where we have a huge collection of new releases to write about, but in the meantime we're delighted to introduce a band that we've never had the opportunity to write about previously, even if they've been around for years and have quite possibly the best band name in the Universe - they're called 'Remington super 60'. They're Norwegian and based around songwriter, producer and record label owner Christoffer Schou and were formed as a '

We were going to save this one for next week, but there's something so infectiously likeable about 'Merriment and Dirt', that I thought we should bump it up the queue - and anyway there's a whole stack of new releases on the list for next week already. So these guys are a 4 piece based between Helsinki and London, and they seem to have arrived there Belgrade and Berlin - or possibly the other way around, not that we really care that much anyway. So 'Merriment and Dirt', comp

I like to think we have a great way to start the week, and it's a band that made quite an impression when we introduced them earlier in the year, and are now back with a new single. 'Astral Brain' are from Sweden, and regular readers may remember that they are a band based around duo Einar Ekström (previously of Le Futur Pompiste), who founded the band, but with Siri Af Burén (Testbild!, Band In Box, Vit Päls) adding vocals and lyrics. Previous release 'From Above' remains a
1
2345