We finally wrote about Swedish band 'Steve Buscemi's Dreamy Eyes' in December after they released their track 'Moon' - they were a name that had been on our radar for a while, but we'd simply not got around to writing about them. Now they're back with a new single, just a few weeks ahead of their debut album 'Sweetie;' as well as some UK tour dates that we mentioned last time. They're a 4 piece band, who were formed in 2015, and who have some impressive live dates behind t

We'll start the week with a shoegaze inspired single and album which has been released just in the last couple of weeks. 'Pinemoon' are from Denmark, and their album 'Miracle' has, to an extent, a nostalgic sound which reminds me of the bands that so influenced me in my teenage years - and thus probably showing my age in the process. They're a duo consisting of Steven Steward and Christoffer Schultz, who've performed in a number of other Danish indie bands, and interesting th

There's a flurry of albums due to be released in the next month, and one that we're particularly looking forward to is the new 'Cats of Transnistria' album 'Aligning', which is due to be released on 29th November by Soliti. This will be the third album for the Finnish duo, which follows on from 'Divine' (2016) and then Opium (2018), and from it they've released a new single 'Born Again', a typically atmospheric track, which mixes post rock, shoegaze and minimalist influences.

We're still working our way through releases from June, but actually the debut EP from 'Toy Savoy' slipped out at the end of May, but we still wanted to give it a brief mention. They're a band we've featured a few times before, after we first spotted them playing 'Trondheim Calling' back in 2017, so the formal release of their debut album has taken a while, but I think it's worth the wait. The 5 piece band write dreamy, slightly off-kilter indie pop, and the 4 tracks on their

We've just featured 'Little Winter;' and their debut EP release from April, and another release we missed last month featured Swedish dream pop duo 'Dream Lake', with their track 'Someday'. We have a feeling that everyone will like this. We're not sure how we haven't written about 'Dream Lake' previously, because their 2017 album 'Lux' made a real impression, with coverage across Europe and single 'Midnight Sun' getting coverage on BBC radio (maybe we should listen more...). 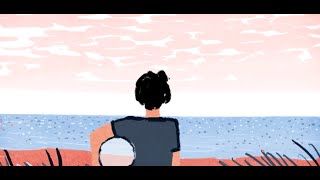 We have an 'Ida Wenøe' album review coming later today, but firstly we just wanted to write about another Danish project 'Moon Loves Honey', who've released a lovely video to a track called 'Oceanbird'. Similarly to one of Ida Wenoe's tracks in particular this has really reminded me of 'my favourite place' (a tiny beach in Devon where can only be accessed via foot..) and there's a lovely animated video that tells the story behind it - in this case the escape to the coast of A

Introducing...'Astral Brain' with track 'From Above'

We were going to try and finish our Ida Wenøe album review tonight, but we’ll take the weekend to complete that, and instead bring the week to a conclusion with a new band that only came to our attention in the last few days. 'Astral Brain' are from Sweden and comprise 2 musicians who’ve joined together after years playing in their own projects, and the result is a bubbling, delightful debut release with irresistible vocal melodies - I’ve been listening to this continuously

I do sometimes regret the restrictions of a 'Nordic' music site, because I want us to write about singer songwriters from Chile, and post rock bands from China, there really shouldn't be any boundaries to whom we feature, but the music world is so vast it would be unmanageable, and thankfully Nordic artists often collaborate with musicians from outside the region to make these pages less confined. 'Pale Moon' are an Icelandic / Russian duo that feature musician Árni Guðjónsso

We have another album review later today (well it's just rambling words, rather than a review) but first an update on a new project from Finnish musician Jari Oisalo, whom we first featured back in 2014 when Nordic Music Review had just started, although at that time it was as lead songwriter in the excellent shoegaze band 'Tyynyt'. Now he's involved in a project for a new band, called 'Salainen avaruusohjelma' - I realise that none of you need the translation, but anyway it 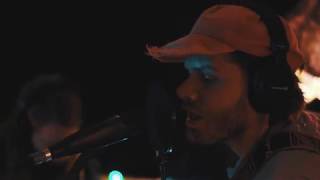 We've covered a band (Beezewax) who've been existence for years, so here is a real contrast with a newer Swedish project, and whilst the heart of their music are beautiful melodies, their style is based around dreamy soundscapes and gorgeous vocals rather than an indie guitar sound. So 'ViVii' are a trio based around 'Emil' and 'Caroline Jonsson' and they introduced themselves by releasing a single 'Siv (You and I)', touchingly written on the zither that the babysitter of the

We have a couple of different style features coming up at the weekend which hopefully will mix things up a bit, but for now we'll continue with the best of new Nordic releases that we've come across in the last week. We've featured Norwegian band 'Toy Savoy' twice before, who we first spotted because their name just kept popping up on gig listings everywhere, and after their appearance at 'Trondheim Calling' we were prompted to write about them. Their new track is entitled 'I

MALMØ - new video and single 'We Come from the Stars'

We have a simply mammoth collection of albums, singles, videos and UK gig information to write about this week, so please keep checking the site for the latest updates, and we'll start off with Danish band MALMØ. who we first wrote about last March when they released their single 'You'. For those of you who don't remember, MALMØ are based around the singer songwriter Maria Malmo, with a collection of talented musicians around her. Their album had a Danish release last year, a